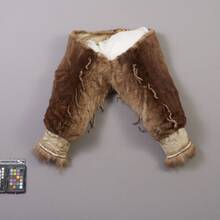 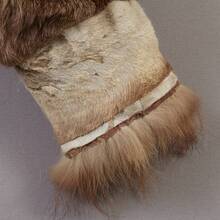 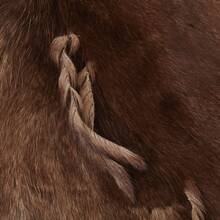 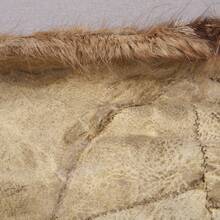 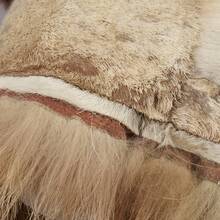 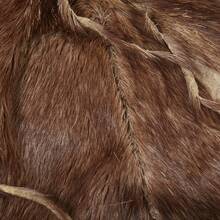 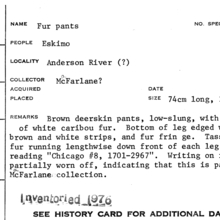 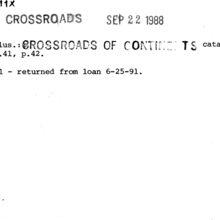 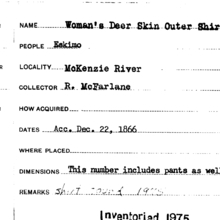 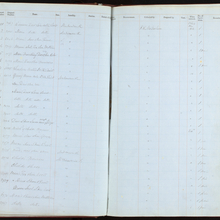 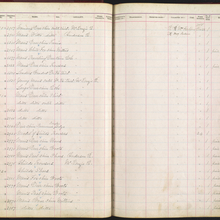 Exhibited on female mannequin at Chicago World's Fair of 1893. See National Anthropological Archives Manuscript # 7217, entry on Figure No. 8, where it is listed (and exhibited) as same number/forming a set with # E1701 parka.From card for ET1611 (written before it was known that this was part of catalog number E1701): "Brown deerskin pants, low-slung, with wide cuffs of white caribou fur. Bottom of leg edged with narrow brown and white strips, and fur fringe. Tassels of fur running lengthwise down front of each leg. Tag reading "Chicago #8, 1701-2967". Writing on inside, partially worn off, indicating this is part of MacFarlane collection. Loan [with temporary catalog number ET1611]: Crossroads Sep 22 1988 - returned from loan 6-25-91. Illus.: Crossroads of Continents catalogue; Fig. 41, p. 42."Formerly tracked with temporary number ET1611, because the correct catalog number was unknown at the time. A tag in the trousers says "Chicago #8, 1701-2967", which seems correct. Museum catalog number 1701 (or E1701) was field number 2967 (the ledger book confirms this) which was a woman's parka and pants exhibited together as a set at the Chicago World's Fair (according to National Anthropological Archives Manuscript # 7217, entry on Figure No. 8). Catalog number 1701 has long been missing the pants -- possibly since the ledger entry was written, since it makes no mention of them and has a count of 1 (in other words, the pants were missing or overlooked during cataloging). The existence of pants is mentioned in the notes on the catalog card, but only the parka was found during the 1975 inventory and 1980s move to MSC. Meanwhile, this pair of pants was found, but there was confusion about which number it belonged to (1701 already being accounted for with the parka) and so it was temporarily tracked as ET1611. As of now, it seems pretty certain that this is part of catalog number 1701, and so it is being tracked as # E1701-1.